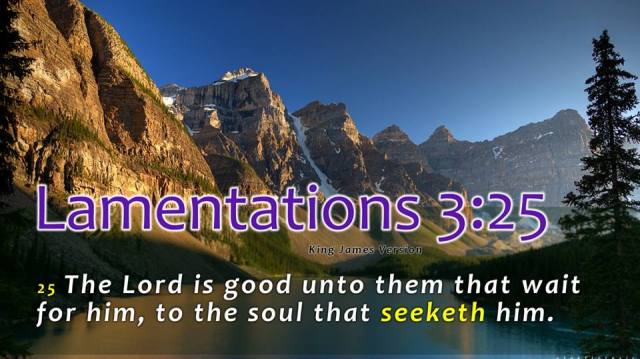 As I write my thoughts on this verse once again, the slogan “What would Jesus do?” comes to mind. This somehow seems shallow to me. I know that many Christians try to become “Christ-like” by studying their New Testaments and this is good, but is there more? How does that fit with what Paul wrote?

In our old creation state, in that old Adam, we can read and copy and imitate the Christ in the Bible, but this still falls way short of being made a NEW creation with our new lives IN Christ with HIM doing the work of manifesting Himself in us. Without Him doing the work, are at best a cheap knock-off of the real thing and have no more authenticity in His kingdom than our plastic Jesus sitting on the dashboard of our cars. We are knowing Him after our flesh and not after the Spirit. I am sorry, but that book, “The Imitation of Christ,” infers something that is still short of what our heavenly Father is after.

We have to be born from above to know Jesus Christ after the Spirit and for Him to know us as a members of His body here on earth. Anything less and we can only manifest the tree from which we came. Jesus put it this way:

When I was a Catholic (I was baptized into it as an infant and even went to Catholic schools), I didn’t know the Bible at all. I might have tried to read that “family Bible” that collected dust on our coffee table, but it did not speak to me. So, the only Christ that I knew was that Jesus in the flesh on all our Catholic crucifixes. I knew Jesus “after the flesh.” When out of desperation and spiritual starvation I left the Catholic church, I started going to a “Bible church.” That was a step in the right direction, but it was still a baby step at best. But I loved to hear our pastor preach from the Bible and he led me in a “sinner’s prayer” in our living room after my first Sunday in His church. Yet my reading of the scriptures was still dry and a struggle at best. Something was still missing.

Two years after that fate-filled prayer in 1968, I was still hungry for what was missing. That denomination believed in the Spirit, but they did not teach much about it. Those who had received this “second act of grace” were considered few and far between and had “the very seed of sin” removed from them. I met one man in that denomination who supposedly was of this class and he was “holier than thou” at best and out of reach of someone like me.

I thank God He finally led me to someone that had the Spirit of Christ in them and could speak into my heart and tell me about the Holy Spirit and His desire to live in me. He told me that I needed to pray for Jesus to come in and dump me out of all that was of my old life and come in and fill me with His Spirit in its place. This required an unconditional surrender on my part and that all made sense for the first time in my life. John chapter three finally had deep meaning to me. I was born from above by His Spirit. Wow! What a difference it made to be able to walk after the Spirit in me and no longer be stuck with walking after my flesh. Then the Bible came alive with every word jumping off its pages right into my heart for the first time. I was literally on a honeymoon with Jesus as my closest friend ever. I truly knew Him after the Spirit in me instead of having to settle with knowing Him as some historic figure in the Bible.

Walking in the Spirit Is Not an Option

Once I read this passage with His help, I understood where I had been and what God had done in my life in this long process. Try as I would, I just could not please God in my natural state. My flesh could not please God no matter what. I needed His Spirit in me and that was NOT an option! I still remember all those poor souls in church going through the motions Sunday after Sunday. Some of them used each other for their own worldly gain as well, and there were divisions and infighting in that “Bible church” where my search for Jesus started. That poor pastor. He was doing the best that he could because he did not believe in being filled with the Spirit, either. 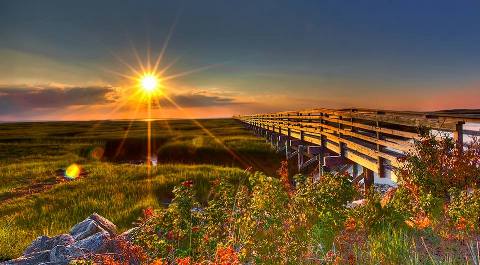 Having the Spirit abiding in us is only the starting point as members of God’s kingdom. This is where He starts to call us in our upward journey into the fullness of Christ. Every step is an eye opener because all things become new as the old things pass away. How we relate to Christ in our lives as well as how we relate to one another is constantly being perfected and changed. He is making us members of HIS body with Him as its only Head. And we grow into a fuller meaning of what it means to be members of one another as well. This is not “church membership” as the term is used in institutional Christianity. It is so far above that way of thinking. We are now members of a spiritual body that are joined together by Him, not by us. Paul wrote,

For by the grace given to me I say to everyone among you not to think of himself more highly than he ought to think, but to think with sober judgment, each according to the measure of faith that God has assigned. For as in one body we have many members, and the members do not all have the same function, so we, though many, are one body in Christ, and individually members one of another. (Rom 12:3-5, ESV2011)

He wrote much about the body of Christ we are born into by the Spirit. Just as our human bodies have many members and each one has a different function, so it is IN Christ’s body. But these differences do not mean that one is greater than another. As we walk with Christ as our Head, He will grace us with any spiritual abilities that we need to edify the whole body we are members of. These abilities are not given to puff us up and cause pride and division. That was what was going on in the church at Corinth and most of 1 Corinthians was addressing their carnality and immaturity. We are to grow-up into Christ and function in our edifying His body, not just warm a pew.

The more we mature IN Christ the less we think about ourselves as His love pours through us. “Knowledge puffs up, but love edifies.” Paul wrote about spiritual “gifts,” but punctuated 1 Corinthians 12 and 14 with a chapter between them that is all about the love of God and how it functions in Christ’s body in chapter 13. At the end of this chapter He wrote,

I used to think of all these gifts as something important to me because they had become my identity (especially prophecy), but as I grew in Christ and Father began to strip me of my childish ways through much chastisement, His love took the place of my self-centered desires. I began to put away childish things and my prayer was to know Jesus face to face and to be fully conformed by the Father as HE destined me to be IN Christ. Paul wrote, “Then I shall know fully, even as I have been fully known.” This is not “pie in the sky, by and by,” Our Father is calling us to grow-up in this lifetime. Just as we wish for our own children to grow up and mature, so it is with Him. Way too many of the scriptures are thought of as applying to another time or another people or persons, letting us slide on by without the convicting power of the Spirit to bring us into spiritual maturity.

All Scripture is breathed out by God and profitable for teaching, for reproof, for correction, and for training in righteousness, that the man of God may be complete, equipped for every good work. (2Tim 3:16-17, ESV2011)

Is there still room for the Spirit to speak prophetically through us, yes, but it does not remain our identity. Neither should speaking in tongues, interpretation. giving words of knowledge, etc. Always remember,

13 comments on “Knowing Christ After the Spirit, Part 2”