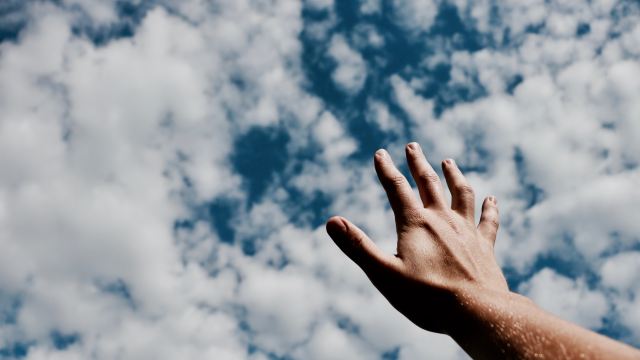 Photo by Jeremy Perkins on Unsplash

He who speaks on his own authority seeks to win honor for himself. [He whose teaching originates with himself seeks his own glory.] But He Who seeks the glory and is eager for the honor of Him Who sent Him, He is true; and there is no unrighteousness or falsehood or deception in Him. (John 7:17-18, AMP)

So we are Christ’s ambassadors, God making His appeal as it were through us. We [as Christ’s personal representatives] beg you for His sake to lay hold of the divine favor [now offered you] and be reconciled to God. (2Cor 5:20, AMP)

Some of us here in America have been watching the impeachment hearings of our President. One thing that has struck me is how so many in the U.S. Executive branch, even so-called “ambassadors,” not only do not represent the President, instead, they seem to represent a united force with its own agenda within the government that is against him. It is evident from their own words that they are use to having things go their own way. Congress can do as it will, but Constitutionally the Executive Branch is supposed to represent the will of the Executive, the President of the United States!

As we can see from the above verse in 2 Corinthians, we who are Christ’s are to be HIS ambassadors. As Jesus pointed out to the Pharisees above, we are to represent Him in all that we say (and write) just as He represented the Father by His words and actions. If we write or speak from ourselves, we seek our own glory and not that of the one who has sent us into this world as members of HIS body and kingdom. All too much of the “Christian” preaching and teaching we hear today is out of the minds and intellects of carnal men and women who seek their own glory and advancement.

In “the parable of the talents,” Jesus warned what would happen to His earthly kingdom after He left. He knew that very few in His kingdom would represent His will even though He gave many of them the power and resources to carry it out.

As they heard these things, he proceeded to tell a parable, because he was near to Jerusalem, and because they supposed that the kingdom of God was to appear immediately. He said therefore, “A nobleman went into a far country to receive a kingdom and then return. Calling ten of his servants, he gave them ten pounds, and said to them, `Trade with these till I come.’ But his citizens hated him and sent an embassy after him, saying, `We do not want this man to reign over us.’ When he returned, having received the kingdom, he commanded these servants, to whom he had given the money, to be called to him, that he might know what they had gained by trading. The first came before him, saying, `Lord, your pound has made ten pounds more.’ And he said to him, `Well done, good servant! Because you have been faithful in a very little, you shall have authority over ten cities.’ And the second came, saying, `Lord, your pound has made five pounds.’ And he said to him, `And you are to be over five cities.’ Then another came, saying, `Lord, here is your pound, which I kept laid away in a napkin; for I was afraid of you, because you are a severe man; you take up what you did not lay down, and reap what you did not sow.’ He said to him, `I will condemn you out of your own mouth, you wicked servant! You knew that I was a severe man, taking up what I did not lay down and reaping what I did not sow? Why then did you not put my money into the bank, and at my coming I should have collected it with interest?’ And he said to those who stood by, `Take the pound from him, and give it to him who has the ten pounds.’ (And they said to him, `Lord, he has ten pounds!’) `I tell you, that to every one who has will more be given; but from him who has not, even what he has will be taken away. But as for these enemies of mine, who did not want me to reign over them, bring them here and slay them before me.'” (Luke 19:11-27, RSV)

Most of the preaching I’ve heard regarding this passage has emphasized the need for human talents to be used for God. That is not at all what Jesus was saying! Human gifts and talents that have not been crucified are of no use to Him. First we see Him warning them that He would be going away for a long time. Then we see the treachery of His own so-called followers. “But his citizens hated him and sent an embassy after him, saying, `We do not want this man to reign over us.’” (Luke 19:14, RSV) What treachery! We might not say those words to Jesus, but don’t we enact them when we constantly do our own wills in this life? We can choose to be His ambassadors here on earth or we can prove by our hearts and actions that we really do not want Christ ruling over us as His devout followers and representatives. This is truly demonstrated when we follow false teachers, prophets and apostles instead of the leading of HIS Spirit! Paul wrote:

We are therefore Christ’s ambassadors, as though God were making his appeal through us. We implore you on Christ’s behalf: Be reconciled to God. God made him who had no sin to be sin for us, so that in him we might become the righteousness of God. (2Cor 5:20-21, NIV)

Dear saints, it is as we abide IN Him as His ambassadors on earth and not in and out-from ourselves, we prove our true motivation is of the Spirit, not by doing our own wills for our own glory. He gives each of us the spiritual gifts we need to give back what belongs to Him. As we can see from the above parable, anything less in the eyes of God is rebellion. Finally, let us be encouraged by what Paul wrote to the Corinthians.

I always thank God for you because of his grace given you in Christ Jesus. For in him you have been enriched in every way–in all your speaking and in all your knowledge– because our testimony about Christ was confirmed in you. Therefore you do not lack any spiritual gift as you eagerly wait for our Lord Jesus Christ to be revealed. He will keep you strong to the end, so that you will be blameless on the day of our Lord Jesus Christ. God, who has called you into fellowship with his Son Jesus Christ our Lord, is faithful. I appeal to you, brothers, in the name of our Lord Jesus Christ, that all of you agree with one another so that there may be no divisions among you and that you may be perfectly united in mind and thought. (1Cor 1:4-10, NIV)

If we are all abiding in HIS Spirit, doing His will, we will manifest that we are all ONE in the Spirit. May all our knowledge and all our speaking and teaching be a confirmation that we are abiding IN Him. As Paul put it, “You are not your own, you have been bought with a price.”