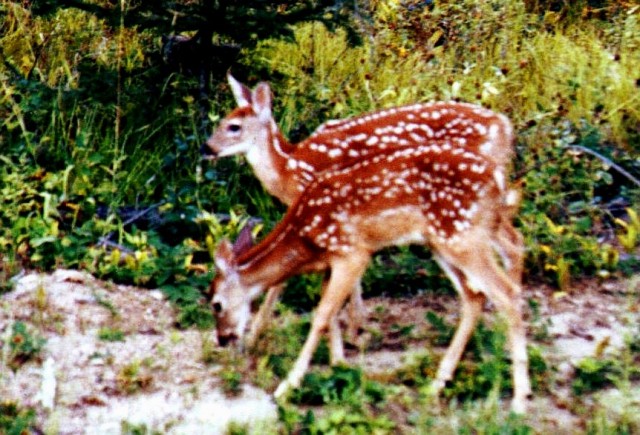 Yesterday my wife and I went to Texas to attend a wedding and reception. Our grandson married a lovely girl whose family are not of the Baptist traditions he was raised in (those traditions are very strong down here in what is called “The Bible Belt” of America).  We found the less formal reception put on by the bride’s family quite fun and we all had a good time. They had country music, line dancing, and even served real wine and beer. In some of the more hard-line Baptist and fundamentalist circles this would be considered a scandal. Not everyone danced or drank alcoholic beverages, but it was good to see most of my family down here “get loose” and have a great time.

This morning I woke up and prayed and read my latest T. Austin-Sparks “Open Windows” devotional and there it was. He wrote about how religious people are so quick to judge others when they dare to do anything outside of their religious traditions and what they consider “acceptable.” In this article I read about many cases where God’s men in the Bible were called to do that very thing. Imagine the scandal it would cause if Jesus was invited to a traditional fundamentalist or “Bible church” fellowship gathering and He went into the church kitchen, turned 150 gallons of water into wine and had it served to all the guests! Or what a scandal it would have been if He took up residence with a Gentile widow for three years just as Elijah had done. God commanded Peter to kill and eat all manner of “unclean” animals and birds in a vision, so signifying that if He had sanctified these new Gentile believers in Christ, who was Peter to say otherwise and isolate himself from having true fellowship with them in their homes? Sparks wrote,

If the children of God will only make Christ their ground of fellowship, so much that hinders spiritual fullness and accounts for the present weakness, limitation, and defeat will be ruled out, and the great hinderer will be despoiled of his ground.

Then there is another direction in which this law of fullness operates and in which some serious adjustment is necessary. It is that of leaving room for the sovereignty of the Holy Spirit. It was on this very matter that the book of “The Acts” was founded. The Lord Jesus enunciated the [this] law when He said to Nicodemus, “The wind bloweth where it listeth… so is every one that is born of the Spirit.” On the day of Pentecost there was “a sound as of a mighty rushing wind.” Have you ever been in a really mighty rushing wind? The thing about a real windstorm is that it takes the government out of all other hands and proceeds to do as it chooses without reference or deference to conventions, traditions, common acceptances, inclinations, or fixed ideas. While it lasts, it is sovereign. That is how it was then; but there were those who were offended, shocked, scandalized, and who said in effect that such a way could never be of God. (1)

Anyone who walks in the Light as Jesus is in the Light will soon find themselves challenged by Him to break free of preconceived ideas of what is acceptable to God and pulled out of the traditions of men and family into His marvelous fellowship with the true saints of God. Growing in Christ truly is a stretching process. Look at the context of this passage:

But if we walk in the light, as he is in the light, we have fellowship with one another, and the blood of Jesus his Son cleanses us from all sin. (1John 1:7, ESV2011)

To walk in the light of God is a progressive thing. The light we start out with is not the same amount of light we receive later on as we progress in that walk.

But the path of the righteous is like the light of dawn, which shines brighter and brighter until full day. (Prov 4:18, ESV2011)

God is all about growing us up into the fullness of His Son and this requires that we break free of the traditions that bind religious minds from following His Spirit in obedience and accepting those whom He has sanctified by the blood of His Son. T. A. Sparks continued,

For instance, there is the matter of our relationship to, and fellowship with, all other children of God. Fellowship with the Lord’s people is an established law of spiritual fullness, and there can be no fullness apart from it. This question of Christian fellowship will have to be taken in both hands and settled finally. We shall – if we are going to have an “open heaven” – have to sit right down with this matter and do some honest and energetic thinking and deciding. What is the Lord’s ground in this matter? It is absolutely nothing other, more, nor less, than Christ Himself and our common sharing of His life through new birth and utter yieldedness to Him as our Sovereign Head and Lord! Get down on to any other ground and we forsake the place of fullness. If we get on to the ground of a teaching, an interpretation, a particular and specific doctrine, or even emphasis, as something in itself, we at once set up standards or draw lines between ourselves and others, and even unconsciously we divide and give out an implication of division.

Or again; if we get on the ground of a denomination, a sect, a mission, a society, a “movement”, or anything crystallized as to an association of the Lord’s people, with an enterprise binding together those concerned – though it may be for the Lord – we open the door to every divisive thing, and we close it to fulness. On the one hand we very soon become governed by false and unsound judgments. Jealousies and rivalries can never see the light of day if the one concern is the Lord. (1)

Regarding the verse in 1st John above, notice that “walking in the light as HE is in the light” is progressive. The verse ends with “…we have fellowship with one another, and the blood of Jesus his Son cleanses us from all sin.” When we set out to have fellowship, when it is God who has made us members of one another, there has been given us the provision of Christ’s blood which cleanses us of all sin, including those which may occur during our God given walks together.

We have a great-grandson who will be one year old today. He can only take a few steps before he falls. He still finds crawling faster and his speech is not well developed yet. But for a one year old child he is perfect. If he still fell a lot while walking and grunted and yelled loudly without words when wanting something at the age of five he would be considered handicapped. In the same way, the perfection of walking in the light as Christ is in the light includes life which is given us by God and as such it grows. If we judge one another for not being fully perfect in our walk and being fully Christ-like, we do one another a great disservice and will hinder and harm the fellowship we could be having with the saints of God. Rather, we should be praying for one another and not receiving each other “unto doubtful disputations.”(2)  Self-righteousness is a poison that kills true fellowship IN Christ. Remember Paul’s warning,

Who are you to pass judgment on the servant of another? It is before his own master that he stands or falls. And he will be upheld, for the Lord is able to make him stand. (Rom 14:4, ESV2011)

Thank you Father that you are able and willing by the blood of Christ and your Spirit to make us stand in your Son and thank you for the sweet fellowship you have given us as we abide together in Him. Amen.

22 comments on “Hindrances to Walking in True Fellowship”