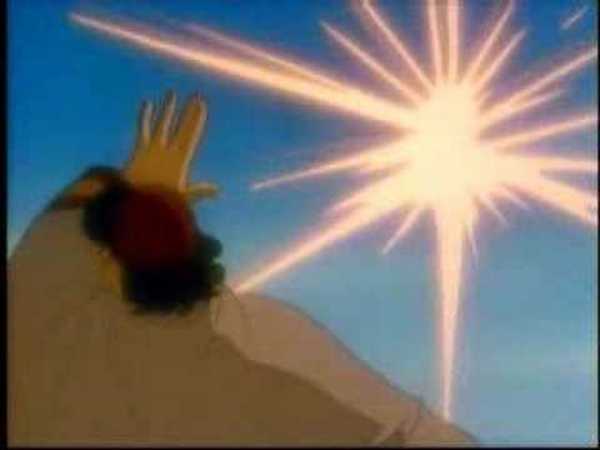 “As I made my journey and drew near to Damascus, about noon a great light from heaven suddenly shone about me. And I fell to the ground and heard a voice saying to me, `Saul, Saul, why do you persecute me?’ And I answered, `Who are you, Lord?’ And he said to me, `I am Jesus of Nazareth whom you are persecuting.'” (Acts 22:6-8, RSV)

Susanne Schuberth has recently brought to my attention this subject of the fear of the Lord on her blog.(1) I knew that we who are His saints do not need to walk in paranoia of God because He is our Father who loves us. Yet, I also knew that there was something more to it that I had not yet fully apprehended in my life. I had already seen how He can take rather drastic action against me when I have been walking in my own pride while supposedly “serving Him” and garnering attention to myself with His gifts of the Spirit.

Power among men is a very seducing thing. As Lord Acton of England once said, “Power tends to corrupt and absolute power corrupts absolutely.” Sad to say that this has become most evident in the hierarchy of today’s churches. When I started to be puffed up by His power in my life (exercising spiritual gifts), He showed me how I looked to Him and it was ugly! I cried out to Him to kill that ugly pride in me and take out of my life everything that was not a manifestation of His Son. I soon found out just what it means that it is a fearful thing to fall into the hands of the Living God. He shut me down cold for 14 years with no gifts and no sense of His presence in my life whatsoever. He also took me to task in every area of my life that I once took pleasure in.

Since all this took place, God has kept me aware of my own propensity to fall, and as soon as any pride starts to raise its head, He lets me know about it. More recently He has been letting me feel His displeasure when I have not shown kindness and respect to those who walk in the humility of Christ. Sad to say, I spent a good part of my life clamoring after higher positions in the churches of men. What a folly. Like Proverbs says,

Pride goes before destruction, and a haughty spirit before a fall. It is better to be of a lowly spirit with the poor than to divide the spoil with the proud. (Prov 16:18-19, RSV)

God hates pride! He hates pride in me and he hates pride in those who use their positions and titles to lord over the people of God. The opposite of pride is humility. In the face of rebellion from his own family members, we read in Numbers 12:3 that Moses was more humble than any man on the face of the earth. To come against humble Moses was to raise the ire of God who loved him. On the other side of the coin, God resists the proud, but gives grace to the humble. The story of Dathan and Abiram trying in their pride to put themselves on equal standing with Moses before the people is a perfect example of this in action. It did not go well for them (see Numbers 16).

We might gather that Moses got special treatment because God appointed him to be leader of the Hebrew people. That was so as long as he stayed humble before God and remained their intercessor and priest as God called him to be. But as special as Moses was, when he rose up in his pride at the waters of Meribah and made himself equal with God and chastised the people saying, “Hear now, you rebels; must we fetch you water out of this rock?”(Numbers 20:10), God rebuked and resisted him and it was his pride that kept him out of the Promised Land (See Due. 32:51-52). It is not so much about our positions or titles among the saints of God whom He calls His anointed (see Psalm 105:12-15), for all of us who have His Spirit in us are his anointed (see 1 John 2:26-27). No, it is about pride and God will have nothing to do with it, but resists it while Satan uses our pride as his fertile ground to raise up all manner of evil. If Satan can get us to act in pride (even while speaking God’s words) he knows that God has to take us down for this was the very root of what took him down (see Isa. 14:12-16). “Take heed when you think you stand, least you should fall.”

Speaking lightly of these saints or making jokes about God’s humble and faithful anointed ones is only showing our own pride and sinfulness. I remember one pastor who berated Stephen, the first Christian martyr, for speaking out against the evil that the Jews had done down through their history and for killing the Christ (see Acts ch. 7), because this started a great persecution of the church. The man said, “If Stephen had just kept his mouth shut and waited on tables like he was supposed to, they would have got along just fine in Jerusalem without all that persecution.” The fact of the matter was that the Book of Acts says that Stephen was a man filled with the Holy Spirit, so much so that his face shown like that of an angel (this pastor had no such thing) and God used Stephen’s death to start the spread the gospel throughout the rest of the world. God will resist us in all such foolishness when we speak against His anointed. How much more will He resist us when we dare to speak this way of His Son? The Book of Jude and Second Peter even warn us against railing against demonic principalities! Who do we think we are?

So, more recently in my life God has been putting in me a fear of Him by warning me not to speaking out against or touch His humble saints in any harmful way. He is ready and quick to come to their defense. When I have blown it in my own pride with one of these, I have felt that heavy Rock of Offense settling on my heart and I have to go and apologize to them right away. Jesus said, “What you have done to THE LEAST OF THESE, my brethren, you have done unto me.” This seems to be another way that God has taught me to fear Him as well. For me there is nothing more fearful than a humble child of God, because God watches over them as they cast all their cares upon Him. It is better to have a millstone tied around our neck and to be cast into the depths of the sea than to offend one of His little ones. “The fear of God is the beginning of wisdom.”

Wherever God appeared to men in Bible times, the results were the same—an overwhelming sense of terror and dismay, a wrenching sensation of sinfulness and guilt. When God spoke, Abram stretched himself upon the ground to listen. When Moses saw the Lord in the burning bush, he hid his face in fear to look upon God. Isaiah’s vision of God wrung from him the cry, “Woe is me!” and the confession, “I am undone; because I am a man of unclean lips.”

Daniel’s encounter with God was probably the most dreadful and wonderful of them all. The prophet lifted up his eyes and saw One whose “body also was like the beryl, and his face as the appearance of lightning, and his eyes as lamps of fire, and his arms and his feet like in color to polished brass, and the voice of his words like the voice of a multitude.” “I Daniel alone saw the vision,” he afterward wrote, “for the men that were with me saw not the vision; but a great quaking fell upon them, so that they fled to hide themselves. Therefore I was left alone, and saw this great vision, and there remained no strength in me: for my comeliness was turned in me into corruption, and I retained no strength. Yet heard I the voice of his words: and when I heard the voice of his words, then was I in a deep sleep on my face, and my face toward the ground.” – A. W. Tozer (2)

Solomon wisely observed, “The fear of the LORD is the beginning of wisdom: and the [intimate] knowledge of the Holy One is understanding.” (Prov 9:10, KJ2000). May we all humble ourselves before Him and gain this kind of wisdom and knowledge.

40 comments on “The Fear of the Lord vs. Pride”