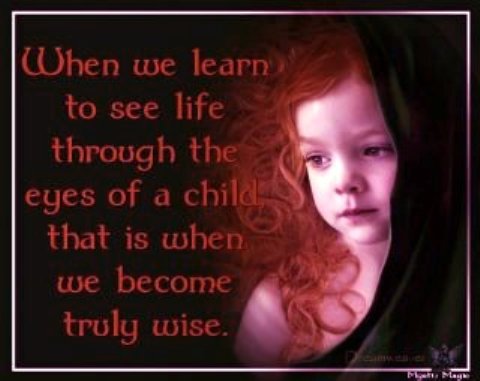 Who has believed what we have heard? And to whom has the arm of the Lord been revealed? For he grew up before him like a young plant, and like a root out of dry ground; he had no form or majesty that we should look at him, nothing in his appearance that we should desire him. He was despised and rejected by others; a man of suffering and acquainted with infirmity; and as one from whom others hide their faces he was despised, and we held him of no account. (Isa 53:1-3, NRS)

Thus Isaiah introduced the Jews to their Messiah. Not a very pretty picture, is it? He came to earth in a form that no one would want to follow or admire and was born in a stable in poverty, totally despised by the establishment and all the “beautiful people.” Yet Christ is held up as what the Church was to become. Contrary to what many believe, “the servant is not greater than his Master.”
Susanne Schuberth recently wrote on her blog, “Growth in Christ and His authority happens as we have come to grips that we have nothing in ourselves to help God out in any way. A complete surrender of every area of our life is needed before Christ finally lives in us and works through us as He sees fit.” (https://enteringthepromisedland.wordpress.com/).

This is so true! We need ears that hear these words. Too many think they already have everything they need just because they “believe” in Christ or have studied the Bible, without coming to a complete end of themselves. The church is flooded with this kind of false authority. Paul knew the need to die daily to his old self-willed, scripture touting, human authority because it was that Saul of Tarsus that persecuted the Church. The problem with Christians today is that many of us have grown up in church surroundings and we are steeped in religion that has cloaked the fact that in our hearts we are all the grossest of sinners.

There is a seemingly wise teaching that we as Christians should get Biblical knowledge, that God would make us wise and give us power to do His work on this earth. This might sound like a good thing to most Christians so we can do the work of the Church “for Jesus.” Thus we have the myriad of Bible schools, seminaries and the never ending desire to sit under men at Christian conferences and Sunday sermons. Yet, is this what Jesus did, or is it what Paul did to gain the effectiveness that they had in spreading the gospel? Jesus never sat under Jewish teachers to get to the place where He could say that He only spoke the words He heard His Father saying or only did the works that He saw His Father doing. Neither did Paul! Let us look at what Paul did say about such things.

…though I myself have reason for confidence in the flesh also. If anyone else thinks he has reason for confidence in the flesh, I have more: circumcised on the eighth day, of the people of Israel, of the tribe of Benjamin, a Hebrew of Hebrews; as to the law, a Pharisee; as to zeal, a persecutor of the church; as to righteousness under the law, blameless. But whatever gain I had, I counted as loss for the sake of Christ. Indeed, I count everything as loss because of the surpassing worth of knowing Christ Jesus my Lord. For his sake I have suffered the loss of all things and count them as rubbish, in order that I may gain Christ and be found in him, not having a righteousness of my own that comes from the law, but that which comes through faith in Christ, the righteousness from God that depends on faith— (Phil 3:4-9, ESV2011)

Paul had all the credentials to be a “somebody” among the Jews. He sat at the feet of their best scholars and teachers (see Acts 22:3). He was of the bloodline of Benjamin an elite among the Jews. He was an enforcer and keeper of the Jewish law, respected among his peers. He was a rising star in Judaism. Yet, he threw all this away and counted it as rubbish (dung) once he met the risen Christ! He came to know Christ Who was abiding in him in a most personal way. He never learned at the feet of the apostles who actually walked with Jesus in His human body. Of these he said, “they added nothing to me.” No, Christ was his Life and His all. He had a moment by moment relationship with Jesus just as Jesus did (and does) with the Father. This is why he said to the Corinthians:

When I came to you, brothers and sisters, I did not come proclaiming the mystery of God to you in lofty words or wisdom. For I decided to know nothing among you except Jesus Christ, and him crucified. And I came to you in weakness and in fear and in much trembling. (1Cor 2:1-3, NRS)

No, Paul did not even come to them teaching from his previous experiences with Christ, but rather he approached these people in all weakness, emptied of everything he could have confidence in, waiting on the Spirit of Christ to speak and act through him. Paul was Christ crucified and Jesus had full reign. It was Jesus who taught, spoke and worked through him, not Paul. Paul was so weakened by the working of the cross in him that all he could do was tremble in weakness while Jesus did the rest.
And if this soulish weakness was not enough, God gave him a thorn in his flesh (his body), a messenger from Satan to buffet him and keep him physically weak as well. He prayed to be healed and here is what happened:

But he [Jesus] said to me, “My grace is sufficient for you, for my power is made perfect in weakness.” So, I will boast all the more gladly of my weaknesses, so that the power of Christ may dwell in me. Therefore I am content with weaknesses, insults, hardships, persecutions, and calamities for the sake of Christ; for whenever I am weak, then I am strong. (2Cor 12:9-10, NRS)

Paul did not have power in himself. He only had debilitating weaknesses. He was totally thrown upon the mercy and grace of God and he knew that Jesus wouldn’t have it any other way. He didn’t have power or wisdom or knowledge, all the things that men seek after, but rather Christ. All that Jesus is and all the treasures of God were manifest in a broken clay vessel Paul was nothing and he was determined to be nothing because of his love for Jesus Christ as his all (see 1 Corinthians 1:30-31). This is why this little man of no physical stature and Christ who had no form of beauty about Himself could be used by God to turn the most powerful kingdom on earth upside down and send ripples down through history to this day. We Christians should learn this simple lesson–God does not need our knowledge, wisdom, oratory powers, strength, health or wit to do His work. Quite the opposite. Only Christ in us is the hope of glory as we yield all to Him and He makes us into manifest sons and daughters of God.

25 comments on “Are We to Seek Wisdom, Power and Authority, or Christ?”