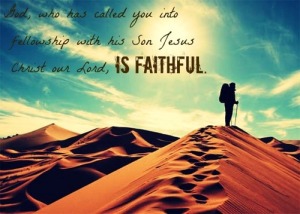 Few realize the vast difference between the Old Covenant with its 613 Mosaic laws and the New Covenant which is free of such things. The old one was based on human effort, “Thou shalt and thou shalt not…” There were 365 commands on what NOT to do and 248 commands on what Israel had to do to keep this covenant with God. It was all on man’s shoulders and human abilities to keep them. All of them had to be kept perfectly or “Cursed be he that confirms not all the words of this law to do them” (Deu. 27:26). You cannot pick and chose when it comes to law keeping.

The New covenant is not based on the works of man at all, but on the work that Jesus has done for us.

But God commends his love toward us, in that, while we were yet sinners, Christ died for us. Much more then, being now justified by his blood, we shall be saved from wrath through him. For if, when we were enemies, we were reconciled to God by the death of his Son, much more, being reconciled, we shall be saved by his life. (Romans 5:8-10 KJ2000)

We who belong to Jesus were reconciled to God by His death, but we are saved by His life! “Christ in you, the hope of glory!”

Jeremiah and Ezekiel both saw this change coming—the change that is based only on the works of God in our behalf through His Son, not on our own works.

“Behold, the days are coming, says the LORD, when I WILL make a new covenant with the house of Israel and the house of Judah, not like the covenant which I made with their fathers when I took them by the hand to bring them out of the land of Egypt, my covenant which they broke, though I was their husband, says the LORD. But this is the covenant which I WILL make with the house of Israel after those days, says the LORD: I WILL put my law within them, and I WILL write it upon their hearts; and I WILL be their God, and they shall be my people. And no longer shall each man teach his neighbor and each his brother, saying, ‘Know the LORD,’ for they shall all know me, from the least of them to the greatest, says the LORD; for I WILL forgive their iniquity, and I WILL remember their sin no more.” (Jeremiah 31:31-34 RSVA – emphasis added)

For I WILL take you from the nations, and gather you from all the countries, and bring you into your own land. I WILL sprinkle clean water upon you, and you shall be clean from all your uncleannesses, and from all your idols I WILL cleanse you. A new heart I WILL give you, and a new spirit I WILL put within you; and I WILL take out of your flesh the heart of stone and give you a heart of flesh. And I WILL put my spirit within you, and cause you to walk in my statutes and be careful to observe my ordinances. (Ezekiel 36:24-27 RSVA – emphasis added)

God announced even back then, hundreds of years before Christ began His earthly ministry, that Israel broke that covenant and that He was about to replace it with a covenant that cannot be broken because it was no longer based on the obedience of men to a set of laws, but rather on the power and the grace of God Himself. God swears that:

From 613 “thou shalt’s and thou shalt not’s” to eight New Covenant changes that God makes by the power of His might and Spirit for us who believe in the completed work of His Son. These eight acts cover everything we need in Christ to become citizens of God’s eternal kingdom and conformed to the image of His Beloved Son. They are all internalized by the power of our heavenly Father; none are external commands written on stone for stony hearts that are too weak to keep them. This is what Zachariah saw in his vision (see http://awildernessvoice.com/Grace.html) in chapter four and it was summed up with the words, “Not by might, nor by power, but by My Spirit says the Lord.”

Peter said that the law was a yoke and a burden that no man could carry (see Acts 15:10). Paul called it a yoke of bondage (see Galatians 5:1). Paul went on to write in Romans:

For the law of the Spirit of life [which is] in Christ Jesus [the law of our new being] has freed me from the law of sin and of death. For God has done what the Law could not do, [its power] being weakened by the flesh [the entire nature of man without the Holy Spirit]. Sending His own Son in the guise of sinful flesh and as an offering for sin, [God] condemned sin in the flesh [subdued, overcame, deprived it of its power over all who accept that sacrifice]. (Romans 8:2-3 AMP)

“Come unto me, all you that labor and are heavy laden, and I will give you rest. Take my yoke upon you, and learn of me; for I am meek and lowly in heart: and you shall find rest unto your souls. For my yoke is easy, and my burden is light.” (Matthew 11:28-30 KJ2000).

He described those who enforced the O. T. law this way:

“For they bind heavy burdens and grievous to be borne, and lay them on men’s shoulders; but they themselves will not move them with one of their fingers.” (Matthew 23:4 KJ2000)

So what is the goal of this New Covenant? Is it so we can live lawless lives? Not at all, but rather that we would be empowered by God to live lives that reflect His Son here on earth. John wrote,

Behold, what manner of love the Father has bestowed upon us, that we should be called the children of God: therefore the world knows us not, because it knew him not. Beloved, now are we the children of God, and it does not yet appear what we shall be: but we know that, when he shall appear, we shall be like him; for we shall see him as he is. And every man that has this hope in him purifies himself, even as he is pure. (1 John 3:1-3 KJ2000)

Paul wrote, “And the very God of peace sanctify you wholly; and I pray God your whole spirit and soul and body be preserved blameless unto the coming of our Lord Jesus Christ. Faithful is he that calls you, who also will do it. (1 Thessalonians 5:23-24).

“The greatest characteristic a Christian can exhibit is this completely unveiled openness before God, which allows that person’s life to become a mirror for others. When the Spirit fills us, we are transformed, and by beholding God we become mirrors. You can always tell when someone has been beholding the glory of the Lord, because your inner spirit senses that he mirrors the Lord’s own character. Beware of anything that would spot or tarnish that mirror in you. It is almost always something good that will stain it— something good, but not what is best.” `~ Oswald Chambers, “My Utmost for His Highest”

Mere religious observations are considered “good” by men, but do not require a changed heart, and often end in pride that isolates us from God. He requires a complete transformation that makes those who are His into new creatures, no longer dependant on the outward observations of religion. Seeing Jesus as He is is the key.

As we behold Him with all our hearts, the Spirit changes us into the same image. It is a matter of beholding Him and then the Spirit does the rest. When the eye is single the whole body will be filled with His light. The New Covenant is never about outward observations and conformity to rules, but rather an internal change wrought by the power of God as we yield to Him.

19 comments on “Faithful Is He Who Calls You, HE Will Do It!”