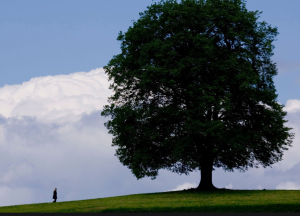 Over the past few years I have heard many woeful stories of people’s experiences in Christian churches. In the process they had many questions that church leadership could not answer or they gave them answers that were unsatisfactory. In my own search for a meaningful relationship with Jesus and His bride, I also had many questions, but the worst ones of all were about the way the church leadership treated people that just did not fit as a cog in their well-oiled machine. If you wanted to “have a ministry” in that system you had to swear unquestionable allegiance to the king and do everything HIS way. And even if you didn’t feel you had a “calling” on your life, well you had better financially support that kingdom or your Christianity was soon called into question. And worst of all, if you came into a “church growth” minded church with a boat load of problems from your past, even problems that were caused by other church leadership, you were classified as a “high maintenance” church member and not encouraged to hang around.

Well, I often seemed to end up in one of these undesirable categories for I started out with a lot of baggage from being raised in a dysfunctional, alcoholic Catholic family that was always at war. When I finally did get saved in my early 20’s I soon found out that the churches I tried to fit in were also dysfunctional families with leaders that abused their authority. I say, “soon found out,” but that is not quite the case. You see, this kind of leadership along with their own dysfunctional followers fit the mold in my mind as what a “family” is. So it took me submitting to many years of abuse and studying my Bible to finally figure out that THIS was NOT the kingdom of God that Jesus and the early church taught about and lived! Finally, after almost 30 years of “trying to find the right church,” my wife and I gave up!

But this was not all bad. I remember praying about my bad church experiences and I said, “God, I DON’T FIT! I JUST DON’T FIT!” To this He replied, “YOU are not supposed to fit!” I finally started to suspect that I was barking up the wrong tree when one Sunday (during another sermon by an egotistical pastor) I heard the Lord say, “Why do you keep seeking the Living among the dead?” Woe!!! I said, “Lord! Is that how you see all this?” Then shortly after that I was sharing some of my many bad church experiences with a sister that was heavily invested in that system and she said something that I did not expect, “Michael, if you go into a yard and are trying to get to the front door and a dog always comes out from under the porch and bites you on the leg… you should get the message that you DON’T BELONG IN THAT YARD!!!” Well, I finally got the message!

So, that was it for my wife and I. We have not been part of a Sunday church since about 1996. And you know what? The longer I have been removed from that man-made system, the clearer the voice of the Spirit has become to me. It is amazing, but true and just like John wrote while warning the early church that there were already many anti-christs among them, “You have no need any many teach you, for you have an unction and He will lead you into all truth.” And HE HAS! Praise God that “there is only ONE Mediator between God and man, the Lord Jesus Christ” and Father never meant for a hireling or thief and a robber to take Jesus’ place over His flock. And as we read in John chapter ten, Jesus calls us each by name goes out before us and we who are HIS sheep are meant to HIM. In Hebrews we read,

“Jesus Christ the same yesterday, and today, and forever. Be not carried about with various and strange doctrines [all those conflicting pulpit sermons and Bible studies]. For it is a good thing that the heart be established with grace [the supply of Christ in us]… We have an altar [the Holy Spirit teaching us], of which they have no right to eat who serve the tabernacle [organized religions of men]… Therefore Jesus also, that he might sanctify the people with his own blood, suffered outside the gate. Let us go forth therefore unto him outside the camp, bearing his reproach. For here have we no continuing city, but we seek one to come.” (Hebrews 13:8-14 KJ2000)

Yes, it can be lonely outside the camps of Christendom, but I have found by experience that as we become securely attached to Christ as our ALL, He then leads us to find fellowship with others who have done the same. Remember, Jesus prayed, “Father that they might be ONE IN US.” As our unity is secured in the Father and the Son, then we can find unity with others who have this established in their lives as well. Until this is the common bond, our relationship attempts will always fail. We are only members one of another as long as each of us is holding to the Head as individual members of His body.

“As you have therefore received Christ Jesus the Lord, so walk in him: Rooted and built up in him, and established in the faith, as you have been taught, abounding therein with thanksgiving. Beware lest any man spoil you through philosophy and vain deceit, after the tradition of men, after the rudiments of the world, and not after Christ. For in him dwells all the fullness of the Deity bodily. And you are complete in him, who is the head…” (Colossians 2:6-10 KJ2000)

15 comments on “Pilgrims in a Strange Land Called Christendom”