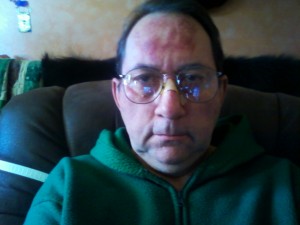 From “Practising the Presence of God” by Brother Lawrence…

“That he expected after the pleasant days GOD had given him, he should have his turn of pain and suffering; but that he was not uneasy about it, knowing very well, that as he could do nothing of himself, GOD would not fail to give him the strength to bear them.
That when an occasion of practising some virtue offered, he addressed himself to GOD, saying, ‘LORD, I cannot do this unless Thou enablest me;’ and that then he received strength more than sufficient.
That when he had failed in his duty, he only confessed his fault, saying to GOD, ‘I shall never do otherwise, if You leave me to myself; tis You must hinder my falling, and mend what is amiss.’ That after this, he gave himself no further uneasiness about it.
That we ought to act with GOD in the greatest simplicity, speaking to Him frankly and plainly, and imploring His assistance in our affairs, just as they happen. That GOD never failed to grant it, as he had often experienced.”

As I was flying through the air in that wreck I just had on an ATV machine two days ago, I prayed, “Jesus, I need your help in THIS one.” After looking at the wreck afterwards and where I landed thirty feet down the mountain side, I had to conclude the He had given His angels charge over me least I had dashed my face upon the stones. As it was I lit face first in a bed of pine needles and small sticks. I praise Him that the injuries were bad enough to teach me not to go riding when there was snow and slush on those mountain roads, yet minor enough to keep me from any real permanent harm.

The other thing that has occurred to me in all this was that I need His help, direction and LIFE in ALL the things I encounter each day, not just the ones in which I feel out of control. “For it is in HIM that we live and move and have our being.” The Lord is so good! (the picture of me above was taken right after I got home and I had not seen the humor in all of it as of yet 🙂

Love to you all,