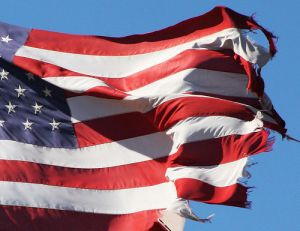 A new study by different sources has just come out showing New Zealand is the freest nation in the world with the United States tied in seventh position with Denmark. http://www.fraserinstitute.org/research-news/news/display.aspx?id=19171

The thing that allows freedom and makes it work is moral individual responsibility. If an individual refuses to be guided by moral responsibility towards his neighbors he is usually put in jail to protect the freedoms of those who do. Only when each individual is guided by a moral standard (which has been made clear in the Bible) does he love his neighbor as himself. And the greatest moral agent which the Bible speaks of is the one that comes into a person who has given his life to Christ and has been given a new heart, spirit and mind from heaven (the heart, Spirit and mind of Christ) which is over-written with the law of love. And against God’s love there is no law. If you love someone unselfishly you will not kill them, steal from them, covet what is theirs, etc. and in general you will show them kindness and honor.

The Constitution of the United States gives forth a “Bill of Rights” to its citizens, but these “rights” only work in a positive way when they are given to a moral people. Because of the lack of moral fiber in our country we are watching these “rights” become instruments of abuse to the freedoms of others. For instance the first amendment or freedom of speech is being used to disseminate pornography and all manner of movies and video games showing graphic sex and murder to the young formative minds of children. Sex education in our schools is not allowed to be taught with the admonition that sex is meant to happen in the framework of a marriage between a man and a woman where the resultant children are nurtured, loved and cared for. And what is the result of this abuse of our “freedom of speech”? Young people that are consumed with thoughts of sex and violence who act these things out. Another example of this is the second amendment  which protects “the right to keep and bear arms” in America. Yet what do we find in an amoral society? Guns are being used not only for purposes of sporting and self-defence, but to make it easier for warped minds and criminals to steal and kill. The end result is that as morality declines in this country there will be a total camp-down on all rights as it is turned into a totalitarian police state and the whole country becomes a prison.

With all this in mind and New Zealand  being listed as number one for freedoms granted to its citizens and the U.S. tied for seventh,  I have to wonder if New Zealand is basically a moral country with a low crime rate that has not yet been corrupted to the extent that we have in the U. S.

“It is for freedom that Christ has set us free. Stand firm, then, and do not let yourselves be burdened again by a yoke of slavery.” (Gal 5:1 NIV)

“For so is the will of God, that with well doing you may put to silence the ignorance of foolish men: As free, and not using your liberty for a cloak of maliciousness, but as the servants of God.” (1Pe 2:15-16 KJ2000)

You see only those filled with Christ, the true servants of Christ, can truly be free.

4 comments on “On Freedom”