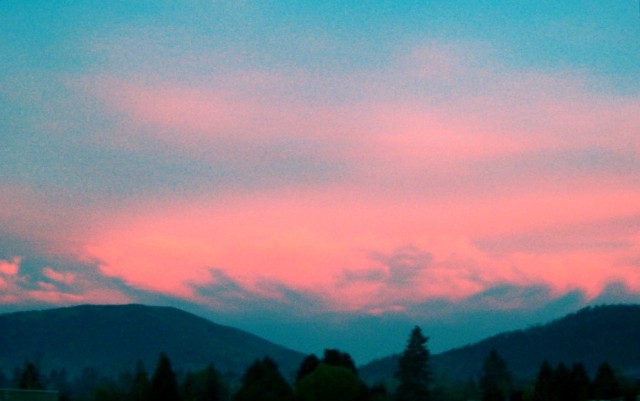 And the Lord said to Moses, Come up to me on the mountain, and take your place there… (Exod 24:12, BBE – emphasis added)

For you are the temple of the living God; as God has said, I will dwell in them, and walk in them; and I will be their God, and they shall be my people. Therefore come out from among them, and be you separate, says the Lord, and touch not the unclean thing; and I will receive you, And will be a Father unto you, and you shall be my sons and daughters, says the Lord Almighty. (2Cor 6:16-18, KJ2000 – emphasis added)

Behold, I stand at the door, and knock: if any man hears my voice, and opens the door, I will come in to him, and will eat with him, and he with me. To him that overcomes will I grant to sit with me in my throne, even as I also overcame, and sat down with my Father in his throne. He that has an ear, let him hear what the Spirit says unto the churches. After this I looked, and, behold, a door was opened in heaven: and the first voice which I heard was as it were of a trumpet talking with me; which said, Come up here, and I will show you things which must be hereafter. (Rev 3:20-4:1, KJ2000 – emphasis added)

And they heard a great voice from heaven saying unto them, Come up here. And they ascended up to heaven in a cloud; and their enemies beheld them. (Rev 11:12, KJ2000 – emphasis added)

All through the scriptures we see this common thread, God is calling a people unto Himself so He can have a loving relationship with them as His living temple. The Son is calling to Himself His bride that He can have an intimate relationship with her. Our call is emphatic. “Come to me!” “Rise up my love!” “Arise my love and come away!” “Come out from among them and I will receive you!” “Come up here and I will show you things.” The very meaning of the Greek word so glibly translated “church” (ecclesia) means “a called-out assembly.” We start out our Christian walk as His called-out ones and that call continues to grow in our hearts as we obey His voice.

Most of what is called “church” is composed of institutions focused on the things of this earth and not on the One who has called them into an intimate relationship with Him. It is concerned with buildings, organization, programs, mind tickling sermons, salaries, insurance policies, retirement programs, hierarchy, etc. 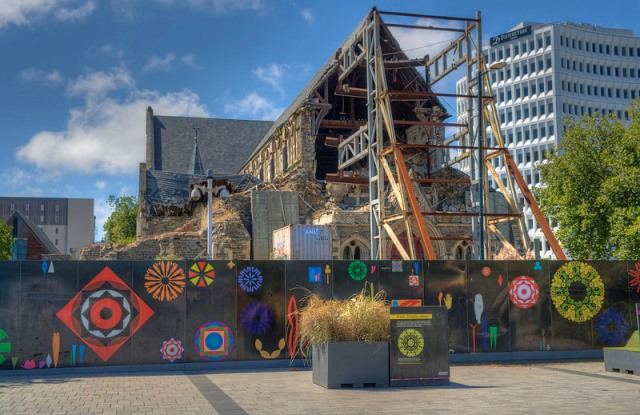 The Lord has not called upon us to form churches. That is not our business. Would to God men had recognized the fact! A very different situation would obtain today from what exists, if that had been recognized. It is the Lord Who expands His Church, Who governs its growth. What we have to do is to live in the place of His appointment in the power of His resurrection. If, in the midst of others, the Lord can get but two of His children, in whom His Life is full and free, to live on the basis of that Life, and not to seek to gather others to themselves or to get them to congregate together on the basis of their acceptance of certain truths or teaching, but simply to witness to what Christ means and is to them, then He has an open way…[emphasis added] (1)

Learning that we do not gather together after the manner of this world and its corporations and then living accordingly by HIS life in us is a life-long lesson. We who are Christ’s are His body. We are an organism with Him as our Head and the source of our very life. It is He who builds HIS church… never by might or by power, but always by His Spirit are we birthed and then knit together into His heavenly body as He wills. We have an upward call both as individuals and as members one of another, not of a “church.”

And [God] has raised us up together, and made us sit together in heavenly places in Christ Jesus: (Eph 2:6, KJ2000)

In another treatise, “Looking from the Heavenly Places,” W. C. Saunders wrote:

We are to live in the good of this [heavenly life]. He calls us to come with Him and look from the top. Here is a new realm for the exercise of faith, we are to reckon ourselves to be seated with Christ in His position of being far above all. Many Christians are too earthbound. They fail to realise and enter into the values of their true position in Christ. He wants His people to get on to higher ground, ever calling to us “Come with me … look from the top”. Our position ‘in Christ’ brings a new elevation into our lives. We can see things — even earthly things — from heavenly heights.

How different everything in life appears if we see it from Christ’s level rather than our own. Here is the secret of spiritual ascendancy, to stand with Christ on high and view your life “from the top”. I believe that whenever the way is hard and we are prone to be cast down, the Lord Jesus would whisper in our ears this invitation to rise up to Him and view the situation as He sees it. When Elijah was so depressed and sat under his juniper tree wanting to die, God sent the message to him: “Go forth and stand upon the Mount before the Lord”. The prophet found that from that position everything took on a different face… He reminds us that our true position is to be one with Him, even now. By His Word He calls us into those heavenly places that, with His help and encouragement we may look from the top. This is surely the true significance of the promise that we shall mount up with wings as eagles (Isaiah 40:31)… It is of supreme importance that we learn to look on things as He sees them. (2)

Paul wrote about this heavenly viewpoint in light of how we relate to Jesus and to one another.

As I was growing up in the Catholic church, everything about their buildings was focused in knowing Jesus after the flesh. There was the statue of Mary holding the baby Jesus or He was hanging on a cross above the altar.  But the living Christ was somewhere way out in space with the Father, far out of reach of mere mortals. Yet, Paul makes it clear that it is our privilege to know Him after the Spirit and abide with Him and the Father in heavenly places. And not only that, we are to know our brothers and sisters as His NEW creations and not after the flesh. But do we afford one another the grace to see them with spiritual eyes? How quick we are to find fault and judge one another after the flesh (especially in Protestant Bible, fundamental and charismatic churches) instead of seeing each other as a work of the Spirit in progress.  Or how quick we look upon the outward beauty, intelligence or wealth or lack thereof instead of looking upon our hearts (see 1 Samuel 16:7). Yes, we Christians are still way too earthbound and the whole structure of our churches teach us to be so. Christ’s call is still the same since John heard it on the island of Patmos two thousand years ago.

“Come up here and I will show you things [from My perspective].”

“Dear Father, please do what it takes to raise us up into your heavenly point of view so that we may see all things the way you do and have your divine hope and confidence that all things do work together for the good of we who love you and are called according to your divine plan. Amen.”

14 comments on “Living with a Heavenly Perspective”