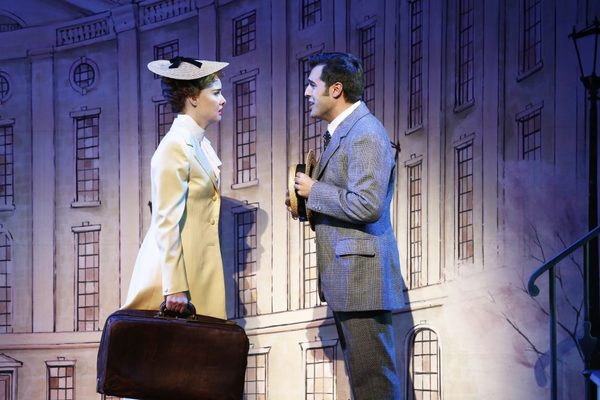 In the musical “My Fair Lady,” Eliza Doolittle (a woman taken off the streets of London by Professor Henry Higgins, a linguist who has been teaching her proper English), says to her would be suitor, “Words, words, words. I’m so sick of words! I get words all day through, first from him, now from you! Is that all you blighters can do?” Good question, Eliza. In this day of desktop publishing the problem of an abundance of words with little Holy Spirit content has become epidemic. T. Austin-Sparks, another Englishman, observed the same problem among Christian ministries where words are cheap and plentiful.

A striking feature of our time is that so few of the voices have a distinctive message. There is a painful lack of a clear word of authority for the times…. Why is it so? May it not be that so many who might have this ministry have become so much a part of a system? A system which puts preachers so much upon a professional basis, the effect of which is to make preaching a matter of demand and supply; of providing for the established religious order and program? Not only in the matter of preaching, but in the whole organization and activity of “Christianity” as we have it in the systematized form today. There is not the freedom and detachment for speaking ONLY when “the burden of the word of the Lord” is upon the prophet, or when he could say, “The hand of the Lord was upon me.” The present order requires a man [or woman] to speak every so often; hence he must get something, and this necessity means either that God must be offered our program and asked to meet it (which He will not do) or the preacher must make something for the constantly recurring occasion. This is a pernicious system and it opens the door to any number of dangerous and baneful intrusions of what is of man and not of God. The most serious aspect of this way of things is that it results in voices, voices, voices, a confusion of voices, but not the specific voice with the specific utterance of God for the time…. (1)

Frankly, I also am tired of all the “words, words, words” with so little or no anointing behind them. I have had to whittle down my “Following” list to a handful of bloggers. I, also, have grown suspicious of the spiritual content of the ones that put out a periodical posting on a regular basis, whether it is daily or even weekly. Sometimes I go for weeks without Him giving me any inspiration to write and then, “Bang!” I might get three messages in a row only a day or two apart. Can you see Isaiah, Peter or John saying to themselves, “Oops, it is Sunday morning at 10AM and I need to get down to the temple and prophesy a chapter or two. The faithful are counting on me. I need to keep up my presence before the people or I will lose them”?

Amos prophesied this exact problem would be coming upon us saying, “Behold, the days are coming,” declares the Lord GOD, “when I will send a famine on the land— not a famine of bread, nor a thirst for water, but of hearing the words of the LORD” (Amos 8:11, ESV2011). Today there are thousands of Christian websites, blogs, podcasts, books, sermons, YouTube videos, Sunday services, and conferences where would-be authors and “ministers for Christ” spew out their cacophony of words, even laced with Bible verses, but how many of these messages have come out from the heart of God? When He finally does manage to get a word in edgewise, who in the land of Christendom has an ear to hear and distinguish it from the rest? Yes, Amos, there is a famine of hearing the words of the Lord, either because our minds are numb from all the words we bombard them with or we have never had spiritual hearing in the first place.

In 1980, God heard my cry to hear what He wanted me to do while the church we were members of went through a very destructive split. He answered my prayers by unplugging me from going to regular church meetings and reading almost all things by Christian authors so that I would learn to distinguish His voice from the all the other voices speaking in His name. The hardest to distinguish form His were the ones that preached with a lot of Bible verses to back up their points. Satan knows the Bible better than any of us and he knows how to use it to his advantage. It took years for me to get to the place where I could tell the difference and recognize when God was speaking to me and the further I go, the more quietly He whispers forcing me to draw ever closer to Him with greater attentiveness.

Here we have the necessity for an awakening to what God has to say. In the Revelation, this is “He that hath an ear, let him hear,” and in the case of Laodicea – which represents the end – it is “I counsel thee to buy of Me eye salve that thou mayest see.” “And I turned to see the voice that spoke with me,” said John. God is speaking, He has something to say, but there must be “a Spirit of wisdom and revelation in the knowledge of Him, the eyes of your heart being enlightened.” (1)

Jesus is the Word of God! He speaks to those who are His sheep. They know His voice and will not follow the voices of strangers (read John Ch. 10). Yet, so many Christians have said to me, “How can I know when Jesus is speaking to me?” To many of them the answer is, “Unplug! You are listening to and reading too many teachers. Break this habit of heaping to yourself teachers who tickle your ears. Get alone with God for a few months until you start hearing His whispered voice. Talk with Him and let Him be your friend above all friends.”

I find that few follow my advice. We go to church and read to be entertained and are information addicts. The more He gives me a word that puts the finger on where the spiritual problems are in Christendom, the smaller the audience becomes. Only a few have ears to hear what the Spirit IS saying to the church. If I want to see the stat counter on my blog jump up, all I have to do is speak words of comfort that do not challenge the status quo in Christendom. I completely understand the problem that Isaiah had with the people of Israel when God told him,

Now go, write it before them on a tablet, and note it in a book, that it may be for the time to come, forever and ever: That this is a rebellious people, lying children, children that will not hear the law of the LORD: Who say to the seers, See not; and to the prophets, Prophesy not unto us right things, speak unto us smooth things, prophesy deceits: Get out of the way, turn aside out of the path, cause the Holy One of Israel to cease from before us. (Isa 30:8-11, KJ2000)

The moment Christianity became acceptable, popular and condoned by the Roman Empire in the fourth century, it started to die. The Christian faith is not a popularity contest, but rather a threat to this world and the prince that controls it. Didn’t Jesus say that few would find the straight path and narrow gate to eternal life? I think that the following quotation points out why.

This is exactly what Jesus prayed just before He went to the cross,

Sanctify them [purify, consecrate, separate them for Yourself, make them holy] by the Truth; Your Word is Truth… That they all may be one, [just] as You, Father, are in Me and I in You, that they also may be one in Us, so that the world may believe and be convinced that You have sent Me. (John 17:17 & 21, AMP)

This gives me a whole new light on what Jesus was praying, “Sanctify and set them apart to yourself, Father, that they might be ONE even as we are one…” God desires of us a singleness of eye, not focused on the world or even our fellow Christians, but on our heavenly Father. “Only ONE receives the prize.”

(2) The Single Individual, by Søren Kierkegaard