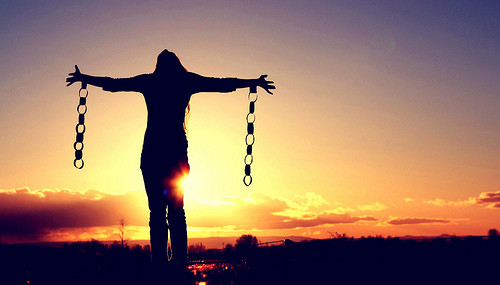 These things have I spoken unto you, that you should not be offended. They shall put you out of the synagogues: yea, the time comes, that whosoever kills you will think that he does God service. And these things will they do unto you, because they have not known the Father, nor me. (John 16:1-3, KJ2000)

I have never read a contemporary Christian author who understands the nature of the New Covenant and the times we are in as followers of Christ better than T. Austin-Sparks. What we have today representing itself as Christianity in a highly visible form (church buildings, heraldic leadership, sacramental-ism, special holy days, etc.)  is more Old Covenant than it is the New and the “church” has gone full circle and is right back to becoming of the same spirit that killed its Messiah 2000 years ago.

I hope you not only read this quote from Sparks, but the book it is taken from for he has shed great light upon what real Christianity is and is not and the freedom that is ours as we abide IN Christ and not in the traditions of men. mdc

This letter to the Hebrews sets forth the all-inclusive revolution or reconstitution which God made when He brought His Son, Jesus Christ, into the world – that is, the religious revolution. This revolution, which was rejected by Judaism, has been almost entirely overlooked or lost sight of by Christendom since Apostolic times. The entire present system of Christianity as generally accepted would be impossible if the meaning of this letter were received as a heavenly revelation in the power of the Holy Spirit. That is – if it came into the heart by the Spirit’s power with the effect of a revelation in the same way as the Apostle Paul came to see who “Jesus of Nazareth” is, then a Christian-Judaism, or Judaistic-Christianity (which Christendom so largely is) would be impossible; as it became in his own case. The Letter to the Hebrews is only one other aspect of the battle fought out in the Letters to the Romans and Galatians.

In the light of such a spiritual eye-opening a whole lot of things would go: but being a “heavenly vision,” there would be no tears, no sense of loss, and no fond farewells. The gain and joy would rather put all such things into the category of a worn-out and no-longer-to-be-desired suit of clothes. In saying this we are only contemplating the full-tide of spiritual life known before any of these things came into being. These things only came in when the fullness of the Spirit had gone out, and, being an artificial substitute, they can never but be limiting things in the realm of Divine purpose. And yet, behold how these things have become the very nature of traditional and organized Christianity! So much so that to touch them in any way which threatens their existence is to meet something more bitter and formidable than any persecution from the world. This is not said carelessly. Religion can be, and is very largely, a terrible force; and Christianity has become a religion. There are very few communities of Christians – even the most evangelical, and spiritual – who wholly escape the tendency or propensity to persecute or ostracize other bodies of Christians who might be regarded as rivals in their field of activity… “God… hath at the end of these days spoken… in His Son.” But the new era and new order had brought out a new and mightier-than-ever conflict.

18 comments on “What Covenant Are We Christians of?”